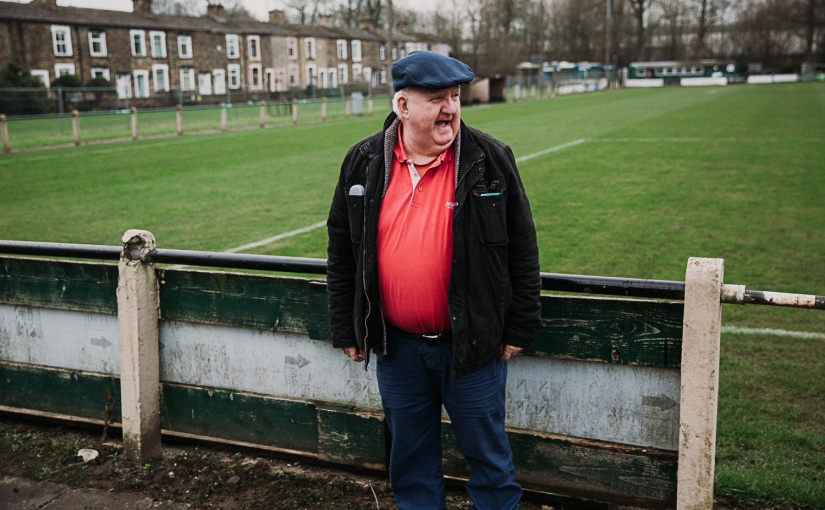 When considering my project and the potential direction I was going I begun to feel frustrated about my inability to access a higher level of sophistication and unable to produce work that I aspired to create. I reacted to this by furthering a philosophical approach and engaged with academic texts. Ritchin (2013:48) shed some light on this burden “A photograph that strives to provide a single answer intimates its own manipulation: one that provokes questions, whether intentionally or not, better allows the viewer to engage with the subject and become, in a sense, the photographer’s collaborator in his or her enquiry.” With the ideas of Ritchin in mind I traveled to my next shoot with the idea of creating work that that was less of a photographic document and more of an inquiry into unanswered questions. The idea of seeing the invisible was in my consciousness and has some relevance to Lister (2013: 5) who argues “Photography appears to be everywhere and nowhere simultaneously”. Both of these ideas hold relevance to me and from my last shooting experience, I made a decision to try to notice the environment around specifically think about the ‘easily missed’ objects and architecture. The image below illustrates an engagement with these ideas. Although not the most revealing photograph I have ever taken, the seats made me consider unanswerable questions such as who was the last person to use them? How did the small object on one of the seats come to be there? who had left the object? All questions that I would never find an answer however, being aware of the surroundings and the people who attended the football match. I was able to recognise and fantasise about who it might have been. In raising these questions, the photograph became less banal. Franklin (2012: 169) offers a conclusion of which I identify with by stating “The staying power and force of these strategies of measured ambiguity in photography owe much to the psychological and emotional way in which images communicate : further research and a deeper understanding” . As a result of my shoot which I was relatively happy with I find myself looking at this photograph the most. Checking again to see if it had changed which I find rather odd.

In researching the work of Stuart Roy Clarke and Haans Van Der Meer I was able to cultivate the beginnings of my project and found the work of Van Der Meer particularly enchanting with regards to the detail offered within his work in addition to the landscape element. The image below is where I have echoed his approach with results that I am relatively pleased with and definitely offer development within my work. In researching the approach of Van Der Meer I made the choice to take this photograph at a higher aperture with the intention of encapsulating further detail. The detail in the interaction of players shaking hands in type of ‘face off’ whilst the houses in the background get to bear witness the the duel about to unfold. The chimney in the background and the type of stone helps tell me that this place is Lancashire, ‘The North’. Although i’m from the North. These people are more northern than me. Szarkowski (1966:10) further resonated with a broader approach “There is in fact no such thing as an instantaneous photograph. All photographs are exposures of shorter or longer duration, and each describes a discreet parcel of time. This time is always the present.” The relevance here to my own work relate to the decisions that I made of when to take the photograph in addition to the technical choices I made to capture. I had taken this photograph several times before the match had started and felt that I had captured the shot. It wasn’t until I reflected on my choice that I decided to position myself at this side of the pitch for the start of the match. I was unaware or forgot that a ceremonial hand shake between the teams took place before the game however I found myself witnessing a moment in time which wouldn’t be repeated until the next game. 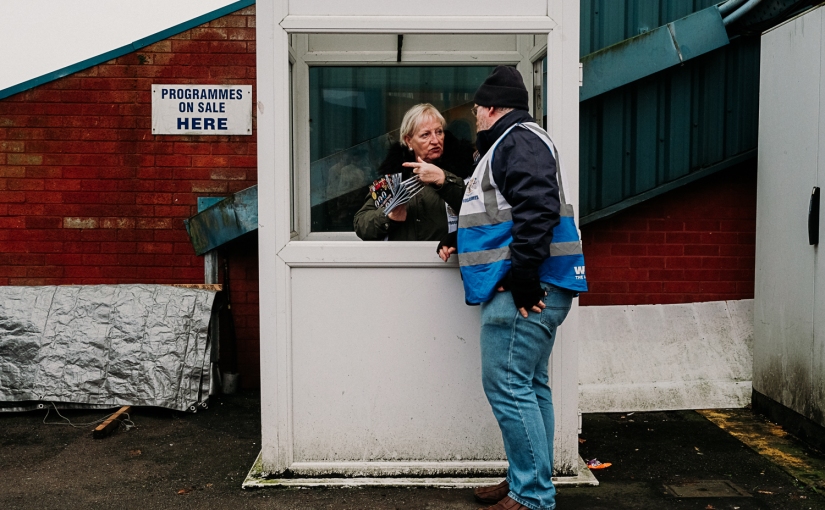